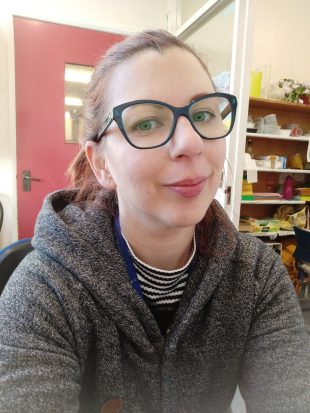 “I was working full time and I was so career focused. And then five years away from that, it felt like everything had disappeared. I had no idea how to switch from being a full-time mum. Thanks to the mentoring I felt seen again”

One meeting with a mentor, one interview the same week and a job offer that very same day. It all sounds very easy. But for Tatia, it was anything but.

At the start of my career, I studied for my Masters in embryology in London. I then worked for six years in an IVF clinic in Greece, where I’m from, before moving to a clinic in Germany. Being an embryologist is quite a specialised job so you need to be in a city where there are IVF clinics.

Whilst I was in Germany, I became pregnant. Due to complications, I had to spend the whole of my pregnancy on bedrest. My contract was not renewed. I felt like the rug had been pulled from under me.

Time away from work

When my daughter was around 18 months old I felt ready to go back to work. It was then that I had a happy surprise...I was pregnant again!

After another bout of bedrest, my second daughter was born. It had been a high-risk pregnancy and so I was overjoyed to be spending so much time with my daughter. But at the same time, part of me felt a bit useless having now been out of work for so long. I think motherhood is magical, but I also missed my independence. 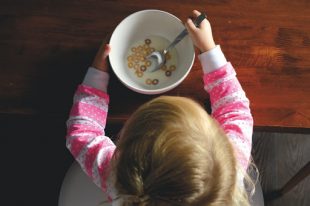 Eventually when I began to look for a new role in embryology, I started encountering barriers. I was struggling to find an embryology role that wasn’t really full-on, with regular weekend working. Not really a great option for someone with two young children. By this time I had been out of work for five years.

My confidence hit rock bottom. I didn't feel like I was being seen as a full person. I felt like some people didn't think that being on maternity leave or being a full-time mum is hard work!

In December 2019, my husband and I moved to Yorkshire. My husband found work as a lecturer at a university but I was still struggling to find the right role. On top of everything else, I was new to the UK. Moving was overwhelming. So I panicked. How could I find a job? And how would I be able to combine it with my children being in a nursery?

While searching Google one day I discovered some information on Returners that led to finding the CIPD Parent Returner mentoring programme through an advertisement on Facebook.

I immediately thought the description fitted me, so in January 2020 I applied for the programme.

I was matched with Owen, a mentor who lived close by. I arranged to meet Owen face-to-face in a coffee shop in February 2020 and turned up, daughter in tow, as I had nowhere to leave her. Later that week I was due to attend an interview for a science technician role at a school in my area and I was really nervous.

Knowing this, my mentor helped me to prepare for the interview. He helped me to see how valuable my volunteering experience was, which I hadn’t thought to mention on my CV. He also advised me to bring up the fact that I was a mother in the interview, to demonstrate how it had helped me with skills such as multitasking.

This advice was extremely helpful and boosted my confidence immensely. I went to the interview two days later and couldn’t believe I was offered the job that same day.

How much did I gain from just one meeting with a mentor?

So much! I was all over the place before I spoke to Owen. He really calmed me down. The first time I felt really good about myself since going on maternity was connecting with him. He told me my CV was strong and that I wasn’t useless.

I started realising my career wasn’t over. Through just a few emails and one session he helped me to feel that I could achieve anything.

Taking that first step is a big barrier to overcome. When you’re at home, in your pyjamas, lacking confidence and with two young children, it’s easy to think you are on your own.  But doing a returners programme could help you to realise you are not alone. And then step-by-step you can gain more confidence.

If you are thinking about doing it, you should at least try. You can only get something positive from it.

My overall experience of returners mentoring? I felt seen again. 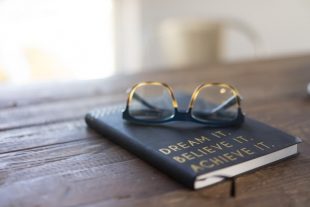 Returner projects support women with caring responsibilities across the country back into the job market.  Find out more about Steps Ahead Mentoring