Since 2014, the Government Equalities Office (GEO) has run programmes to prevent and tackle homophobic, biphobic and transphobic bullying in schools. As part of the commitments made in the LGBT Action Plan, we are announcing £1 million of additional funding so that this programme can be extended to additional schools in England. 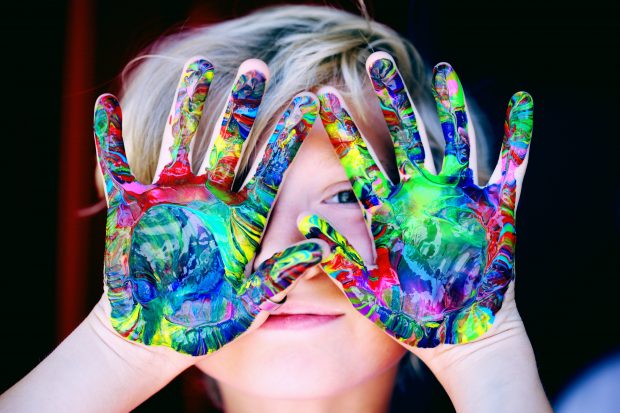 It is important for all young people to feel safe and supported in the school environment. Evidence suggests young people who identify as lesbian, gay, bisexual or trans (LGBT) are more likely to experience bullying, and this type of bullying has significant effects on educational attainment, absence levels and emotional wellbeing.

As part of the current programme, schools have engaged in taking positive steps to make their schools LGBT-inclusive. However, we know that homophobic, biphobic and transphobic bullying remains a problem and that there are widespread assumptions in education institutions that students are heterosexual and cisgender, which often leave the specific needs of LGBT students unaddressed.

GEO’s national LGBT survey, carried out in 2017, found that only 21% of LGBT respondents recalled there being discussion of sexual orientation, gender identity or both at school. The survey also found that 19% of respondents in education had experienced verbal harassment, insults or other hurtful comments in the last year due to being LGBT, and at least 21% had their LGBT status outed to other people without their permission. While 88% of the most serious incidents were committed by classmates or other students, 9% were reportedly committed by teaching staff. In the free-text responses to the survey, many respondents touched on education, noting, for example, that heteronormativity was prevalent in primary education and that secondary education should include discussion of different types of sexual orientation in more overt terms, exploring the potentially fluid nature of gender identity, and LGBT history and culture.

What we have done

Since 2014, the Government Equalities Office (GEO) has run programmes to prevent and tackle homophobic, biphobic and transphobic bullying in schools.

Previous and ongoing programmes (delivered in 2014-2015 and 2016-2019) piloted and tested a range of new innovative approaches to tackling this type of bullying. This included whole school approaches, teacher training, development of resources and guidance, school policy development and establishing and developing ally and ambassador groups in schools. The current programme, which will finish in 2019, has been delivered in over 1,200 schools.

The Minister for Women and Equalities, Rt. Hon. Penny Mordaunt MP, has been clear that the existing evidence and findings from the national LGBT survey show that more needs to be done to build a society where everyone can be open about who they are. That is why we launched the LGBT Action plan in July 2018 which contained over 75 commitments Government is taking forward on LGBT equality. In a statement last weekend, she said:

“Everyone in this country should feel safe and happy to be who they are, to love who they love, and to live their lives without judgement or fear.

“That’s why this government is stepping up its work to tackle bullying in schools, to protect more children and to stop hatred from festering and growing into discrimination in adulthood.

“The aim of our Action Plan is that everyone can live safe, happy and healthy lives where they can be themselves without fear of discrimination.”

In the LGBT Action Plan, GEO committed to continue tackling homophobic, biphobic and transphobic bullying and agreed to provide further funding for interventions in schools from March 2019 to March 2020.

What we are announcing

As part of the LGBT Implementation Fund announced in the LGBT Action Plan, £1 million is available to achieve 3 core aims:

Any project seeking this funding must include:

This programme seeks to fund projects across primary and secondary schools in England. Further details, including which organisations and educational institutions are eligible for the programme, are available on Contracts Finder.

If you have any questions about applying for this grant funding, please email us at LGBTgrants.Questions@geo.gov.uk.