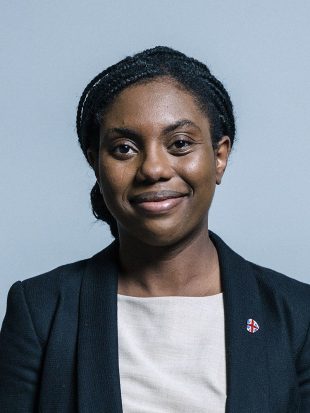 I’m proud to live in a country with one of the best healthcare systems in the world. We should all find it reassuring that our families are in safe hands if they are ill or need emergency attention.

We live in a country where maternal deaths are rare and women’s experience of maternity care is generally positive as was seen in the last Maternity Services Survey.

Women continued to report feeling more confident in the safety of the care they are receiving. 88% of women said that they were given appropriate advice and support at the start of labour, whilst 84% felt any concerns they raised during labour or birth were taken seriously.

Sadly in the UK it is estimated that 1,000 babies per year are still lost to pre-eclampsia. That figure remains too high and it is concerning that Black women are around 3 times more likely to develop pre-eclampsia than White women.

I have lived with high blood pressure for over 8 years now and was hypertensive in each of my three pregnancies. I understand and have experienced the anxieties many pregnant women have.

However, the support I received from my consultants was superb and in fact my baby’s life was saved by attending my 20 week check-up: during my examination it was observed I was going into early labour.

I am acutely aware that experiences will differ from woman to woman, depending on the types of treatment they receive and services they use.

Whilst we know how the majority of people are happy with the healthcare services they receive, we want to make sure that people don’t feel ignored if they have suggestions for improvement.

That is why this month this Government has launched a call for evidence to better understand women’s experiences of the health and care system.

We want to hear from women of every background, and so today I am reaching out to ethnic minority women in particular and asking you to share your experiences.

Your input will help shape a new Women’s Health Strategy to ensure all health services are meeting the needs of women. This strategy will be developed by the Department for Health and Social Care (DHSC), but led by the opinions of those who directly use the NHS - ensuring that the system is as helpful as possible.

We are already taking targeted action on women's health issues where we know issues exist.

For expectant mothers in particular, having this reassurance is vital. In 2016-2018 alone nearly two and a half million women gave birth in the UK.  Unfortunately, over those three years 217 of those women tragically died from causes associated with their pregnancy. 140 women were from a White European background, 72 women were from an ethnic minority background. While the figures show overwhelmingly the majority of women who died were white, we know that there is a disproportionate impact for ethnic minority women given our percentage of the population. Women from Black ethnic backgrounds are more than four times as likely, and women from Asian ethnic backgrounds almost twice as likely, to die from causes associated with their pregnancy compared to white women.

Given my personal experiences, I have made this a focus of my work and have been working with my colleagues in DHSC to improve outcomes. To address this disparity, DHSC have launched the ‘Better Births: Improving outcomes of maternity services in England’ programme which is looking at the future of maternity care. We are monitoring it closely to ensure that women, babies and families are able to get the type of care they want, and that staff will be supported to deliver such care.

In September 2020, my colleagues at DHSC also established the Maternity Inequalities Oversight Forum which brings together experts to address inequalities for women and babies from different ethnic backgrounds and socio-economic groups.

In January, we announced a new £500,000 fund for a maternity leadership programme that will train hundreds of senior maternity and neonatal leaders.

It has been fantastic to see the NHS take swift, decisive action during COVID-19, with the Chief Midwifery Officer writing to all maternity units in the country calling on them to take four specific actions to minimise the risk of COVID-19 to ethnic minority mothers and their babies.

We now need you to tell us if the steps government and the NHS are taking are working.

Women know best when it comes to their health, and every woman in this country should feel heard and respected. The call for evidence is quick and easy to do. We want women of every age, ethnicity and sexuality, from every walk of life, to respond to our call for evidence so we can develop an ambitious strategy which puts their views at the centre.

A blog about the work of the Government Equalities Office (GEO) and what government is doing to remove barriers to equality and help to build a fairer society for everyone.

Read more about GEO and our work