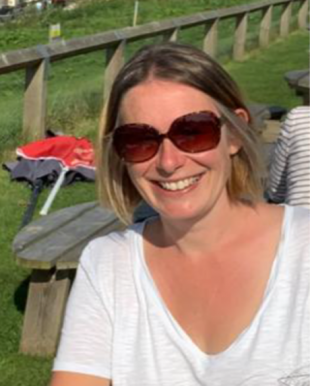 Returner projects support women with caring responsibilities across the country back into the job market. We hear from Kirsty Feltham,who took eight years out of the workforce to care full-time for her children.

I’m someone who likes a plan. I had a plan when I had my first child eight years ago, leaving my career and home in London to move north so I could become a full-time mum. I had a plan after having my second child, to remain as a stay-at-home parent and go back to work when my child went to school. And now I have a plan for what that work will look like – even though my youngest is still a year away from starting school.

But it hasn’t always been that way. When I began to think about returning to work, I realised I had no idea what I wanted to do.

My head was all over the place. Did I want a new career or just a job for a bit of extra spending money? Did I want to still be more of a stay-at-home mum with a part time job? Should I retrain in my previous profession of L&D? There were so many questions, I just didn't know where to start.

Fortuitously, while scrolling down a parenting network’s Facebook feed, I spotted a post linking to ‘Steps Ahead Mentoring’. I applied, and was paired with Deborah Lightwood, an executive and corporate coach.

It was spot on; perfect not only in terms of Deborah’s background in learning and development but also her style. I was impressed that they didn't just match me up with any old person on their books. And it was helpful knowing Deborah was a parent herself and would probably have experienced some of the same things as me.

Putting the ‘me’ in mentee

In a stroke of luck, Deborah and I were able to meet face-to-face in early March 2020, just before the UK went into national lockdown. During that meeting we discussed what I wanted to get from the programme and how best to approach the sessions.

I think mentoring needs to be guided by the mentee because what they want out of it is so different from person to person. I just had so many thoughts and needed help sifting through them and narrowing them down! We met the following week virtually and then got into a routine of meeting virtually every fortnight, and the sifting began. 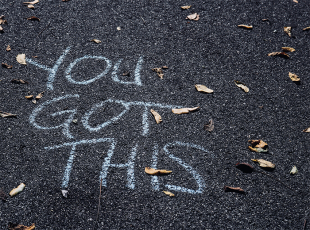 My confidence had been dented after eight years out of the workplace. So much so that I didn’t even think I could walk back into an entry level role in my old profession of L&D. I was veering more towards doing a job in a café or supermarket or something local, because I was just so nervous about taking on something like I’d been doing before.

Initial sessions focused on getting back to basics and identifying what I enjoyed about work, and what my strengths and values were. The work around values was most helpful and most enlightening to me because what's really important to me had absolutely changed from having eight years out of work and becoming a parent!  It became apparent that I felt the need to do something that was going to help the people around me.

Eventually I came to the realisation that what I wanted to do was support other people’s wellbeing. I started a counseling course, which built on my skill set, strengths and values as well as the elements I had enjoyed in my old role.

I feel in a completely different place now than I did before starting the returner programme.

Now I have a plan for the next year, which I didn't back then. The experience has refocused me and reminded me that I did loads of great stuff eight years ago. But the biggest difference is that I now value the time off I've taken to look after my family, and see that as something that adds to my skill set, rather than something I should try to hide on my CV or even pretend didn’t happen.

Now I feel like this is something that I should be extremely proud to offer to an employer rather than hiding away from it.

Find out more about Steps Ahead Mentoring.