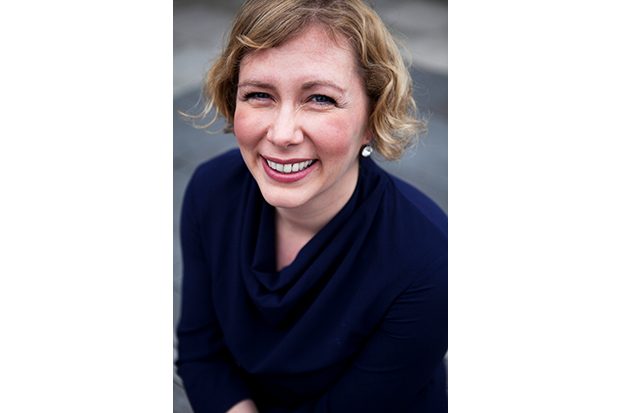 In this guest blog, Jennifer Smith, Head of Inclusion at British Film Institute, explains the steps being taken to prevent bullying  and harassment in the screen industries.

As the Time’s Up movement and the #Metoo campaign have become so important, not just in the screen industries but within society at large, it seems hard to remember a time without their presence.

But in the Autumn of 2017, the allegations which were raised initially against Harvey Weinstein and then more widely, created a long overdue and much needed conversation that has led to a step change in addressing abuse, bullying and harassment and the power imbalances that are so damaging on so many levels.

At that moment, it became clear to us that the British Film Institute was uniquely placed as the lead body for film to bring people together to talk about what could be done differently. We wanted to make lasting change, we wanted to collaborate and we wanted to work in an informed way, taking contributions from across the whole industry in order to capture the issues and harness people’s suggestions. BAFTA quickly came on board as our strategic partners as we recognised the power of our respective organisations working together collaboratively, rather than having separate policies or codes of conduct that may be confusing and dilute our shared aims.

There were five stages to our work. Firstly, we brought ACAS on board to help us facilitate a number of roundtables with over 40 key organisations in the screen industries, including all the unions and membership bodies. ACAS brought neutrality and expertise to us, particularly in shaping this work for an industry which is prominently made up of freelancers and companies that often do not have HR departments.

We also worked with them to develop our Set of Principles and Guidance based on the roundtables and a number of consultations specifically with freelancers. You can read the final documents here, which were agreed by all our 40 partners and have since seen a number of other organisations outside the screen sector adopt them.

In essence, the Guidance and Principles cover a range of elements which we know are important in setting the right tone for a shoot or a festival. We listened to the feedback about how powerful it would be to have a person in a position of authority being clear at the beginning of a project that a shared responsibility to respect others was necessary.

In the Guidance we are clear that we expect employers to know the law, ensure access to good quality training, to have a policy and publicise the Principles, to prevent victimisation and be aware of power dynamics. For people working within the industry, we expect people to take notes, consider formal or informal options of resolution such as mediation, and to create a culture of “no bystanders”, where everyone is empowered to call out poor behaviours.

At the BFI, contractually all projects we fund must adhere to our Principles and Guidance.

We also recognised the need for training, which ACAS led for us, piloting eight sessions for industry leaders and we will launch the second iteration of the training in September. We advise as part of our Guidelines that at least two people on set or within the festival are trained to deal with issues of bullying or harassment that may be reported to them.

Our strategic partners, the Film and Television Charity, also established their Support Line, launched in April 2018. Free and open 24/7, it can act as a first point of contact for anyone in need and offers support and signposting on a range of issues. The Support Line continues to grow and the BFI lists the number on all call sheets and ensure that it is promoted within the industry.

In November 2018, in partnership with high profile actors Gemma Chan and Ruth Wilson, the BFI hosted “actors 4 actors” where we promoted the work to future generations, and saw 300 drama students participating in role plays and learning what constitutes appropriate behaviour. With leading industry Union BECTU, we also have a Dignity at Work policy template, which any small to medium production company can adapt for their own purposes. This is also readily available for anyone to use on our website.

For us it felt like a moment of togetherness, creating work that is practical and we hope has lasting impact. But we know that our work is not done and we continue to use the Principles and Guidance as a bedrock to build upon to ensure that we are creating a culture of everyday inclusion, where the UK are not only regarded as the best creative outlet in the world, but also have the best workplace culture to underpin it.

We want everyone to be safe at work so they can succeed and thrive.  Minister for Women & Equalities, Penny Mordaunt recently launched a consultation on sexual harassment in the workplace, ensuring that workers have all the protections they need against this abhorrent behaviour.  As part of the consultation, GEO would particularly like to hear from individuals who have experienced sexual harassment at work - so employees are better protected in future.  The consultation closes on 2 October. More details can be found here