Ann Francke is Chief Executive Officer at the Chartered Management Institute. In this guest post, Ann shares five top points to make when discussing the gender pay gap with your colleagues. 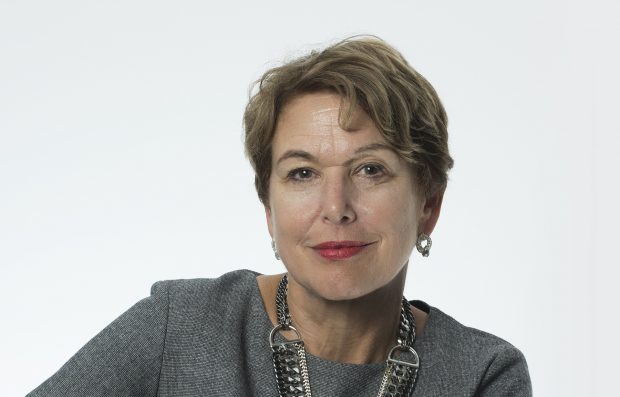 The spotlight is shining on the gender pay gap now that pay transparency legislation has come into force. Companies with 250 or more employees must report the difference in pay between their men and women. This is a great opportunity for bosses to understand the size of the pay gap in their organisations and to look at tackling the root causes. Managers have a big role to play in bringing about change, particularly in influencing their colleagues.

Here are five points to make when talking to your colleagues about the gender pay gap:

1. Accept that - like almost every organisation - your company will have a gender pay gap

Unfortunately, there’s no denying it. Most likely your organisation will have a ‘glass pyramid’ and a pay gap that widens with age. Women dominate the entry-level roles (73%) and drop off the higher up the ranks you go, occupying just 32% of director-level positions. There’s a ‘missing middle’ of women from management roles. According to our research, male managers are 40% more likely than women to be promoted into higher-paying roles. Our research also shows there’s also a big pay gap between men and women in like-for-like roles, and it grows with seniority.

Maternity is not a root cause. But many women are being held back from progressing through the management ranks because of assumptions about motherhood.

Make sure you understand the underlying causes behind your own ‘glass pyramid’ and focus your interventions on fixing these.

2. Beware of the ‘broken window’ behaviours

Four in five managers (80%) have witnessed some form of gender discrimination at work in the past 12 months. Yet too few are calling out their colleagues. We tend to let things slide – the small ‘broken window’ behaviours that cause a discriminatory culture. It’s these little things - the inappropriate remarks and the interrupting women in meetings – which we need to tackle first in order to dramatically reduce the bigger issues of pay and promotion.

To change culture and behaviours, you have to encourage people to engage emotionally and rationally with the reasons for tackling the gender pay gap. It’s important to feel empathy. You need to call out bad behaviours and celebrate the good. Celebrate the managers – both men and women - leaving work early to attend their child’s sports day, or leaving a conference call early to make bath time. Recognising the role models who are balancing their work and home life sets an example. These behaviours should be the norm, not the exception.

Rationally, you need to promote practices such as balanced recruitment, agile working and sponsorship to help recruit, retain, and develop women managers. As men typically dominate the senior roles, men need to be advocates for talented women and encourage them to progress up the ladder.

According to management consultants McKinsey, bridging the gender gap in work could add £150bn to GDP by 2025. Organisations with higher gender diversity are 15% more likely to out-perform their industry average. Women are an under-used resource and as a result business is missing out.

5. Track and measure the progress – and make it everyone’s business

The gender pay gap should not just be the issue of those in senior positions. Everyone in the organisation should be aware of the reality and the progress you’re making in tackling your gender pay gap. Make it everyone’s responsibility. The best way to achieve this is including it in your staff’s performance objectives. After all, what gets measured gets managed.

We all have a long way to go in tackling this complex issue. Taking responsibility for its existence in your organisation and cracking down on the bad behaviours will help to dramatically reduce the pay gap and allow us to benefit from a more inclusive, ethical, and ultimately competitive economy.

P.S. If you’re one of the organisations that doesn’t have a gender pay gap then shout loudly about it!

CMI is at the forefront of driving gender balance in the workplace following the launch of its CMI Women initiative in November 2016. The Blueprint for Balance online portal provides research and guidance for organisations plan how to tackle their pay gaps.