Hi, I’m Mark and I work in the LGBT Policy team here at GEO. We work to improve the lives of LGBT people. To do that well, it’s important for us to regularly speak to LGBT members of the public so we understand their needs. One of the best times to do this is at Pride events that happen across the country. 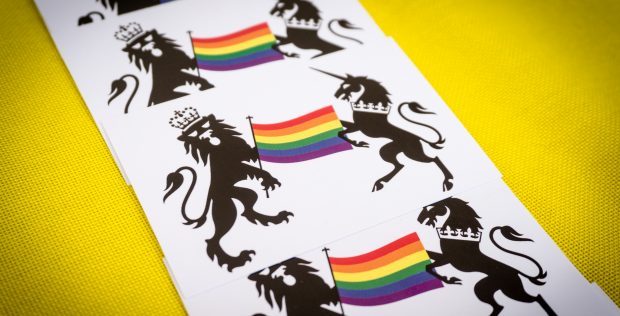 This year we were proud to attend two Pride events; we had stalls at both Pride in London and National Pride in Hull. Both events were absolutely brilliant; we were able to talk with a lot of people and really see what they thought about life as an LGBT person in the UK.

This year marks 50 years since the partial decriminalisation of homosexuality in England and Wales, so we thought it apt to look forward to the next 50 years. We asked people to write down their thoughts about where they want LGBT rights to be in 50 years’ time. 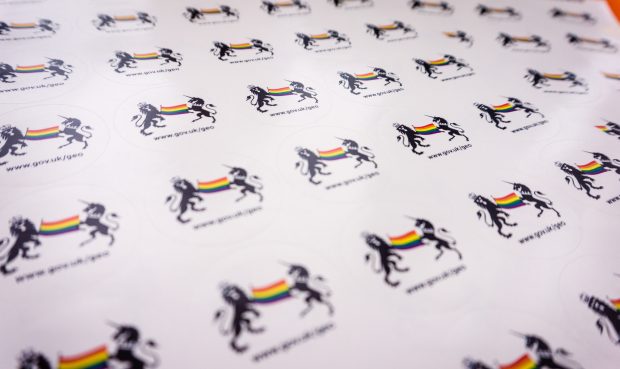 What people told us

There were three themes that stood out from the feedback for us. People said they wanted us to improve:

We’re already working on these areas: feedback like this is great, because it helps us to know what you think we should be focusing on.

We are committed to progressing LGBT equality globally and we are working with like-minded countries to share best practices in this space. We do this partially through the Equal Rights Coalition, of which the UK is a founding member. The UK is currently ranked 3rd by ILGA-Europe for LGBT rights too, and we want to continue to be a world leader in promoting LGBT rights.

We are currently running a £3 million anti homophobic, biphobic, and transphobic bullying program in schools across England. The education of young LGBT people is something we are passionate about, and we want to ensure that all LGBT people leave school with the tools and knowledge to live a happy and healthy life.

The day after National Pride in Hull we announced that we will be consulting on the Gender Recognition Act. We also launched our National LGBT Survey so we can hear from as many LGBT people as possible.

If you haven’t already, complete the survey before it closes on October 15th. The survey is open to anyone who has a minority sexual orientation or gender identity, or those who define as intersex.

Thank you to everyone who came to talk to us at the Pride events. We really enjoyed speaking with you and listening to what you had to say.

If you identify as having a minority sexual orientation, gender identity, or sex characteristics, you're 16 years old or over, and you haven't completed the survey yet, it's open until 15 October 2017. Find the survey on GOV.UK.